TUDOR have teamed up with Morgan Bourc’his, an experienced French free-diver, to create an exciting and ambitious new documentary, aptly named ‘The Quest for Nature’. The daring project captures Bourc’his’ journey from the temperate waters of the Mediterranean to the icy fjords of Norway in search of whales, nature’s mysterious giants. 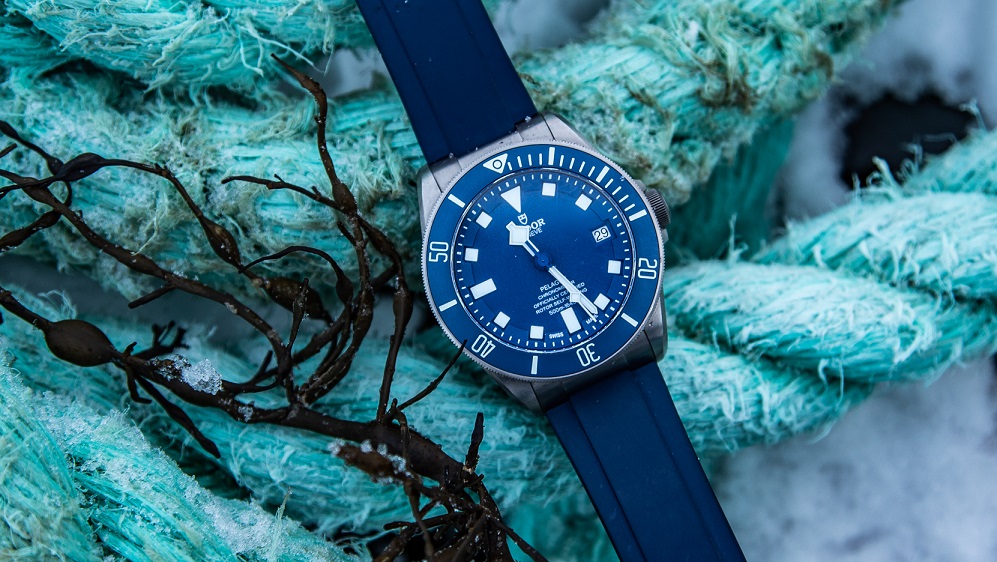 The pairing between TUDOR and Bourc’his is a natural partnership that echoes the stories from the brand’s own extensive history throughout the years. From the vision of Hans Wilsdorf, the brand’s founder and an innovator of early wristwatches, to the determination of the explorers of Greenland’s icy terrain in the 1950s, TUDOR have long championed adventurers who have dared to step beyond the boundaries of everyday limitations. 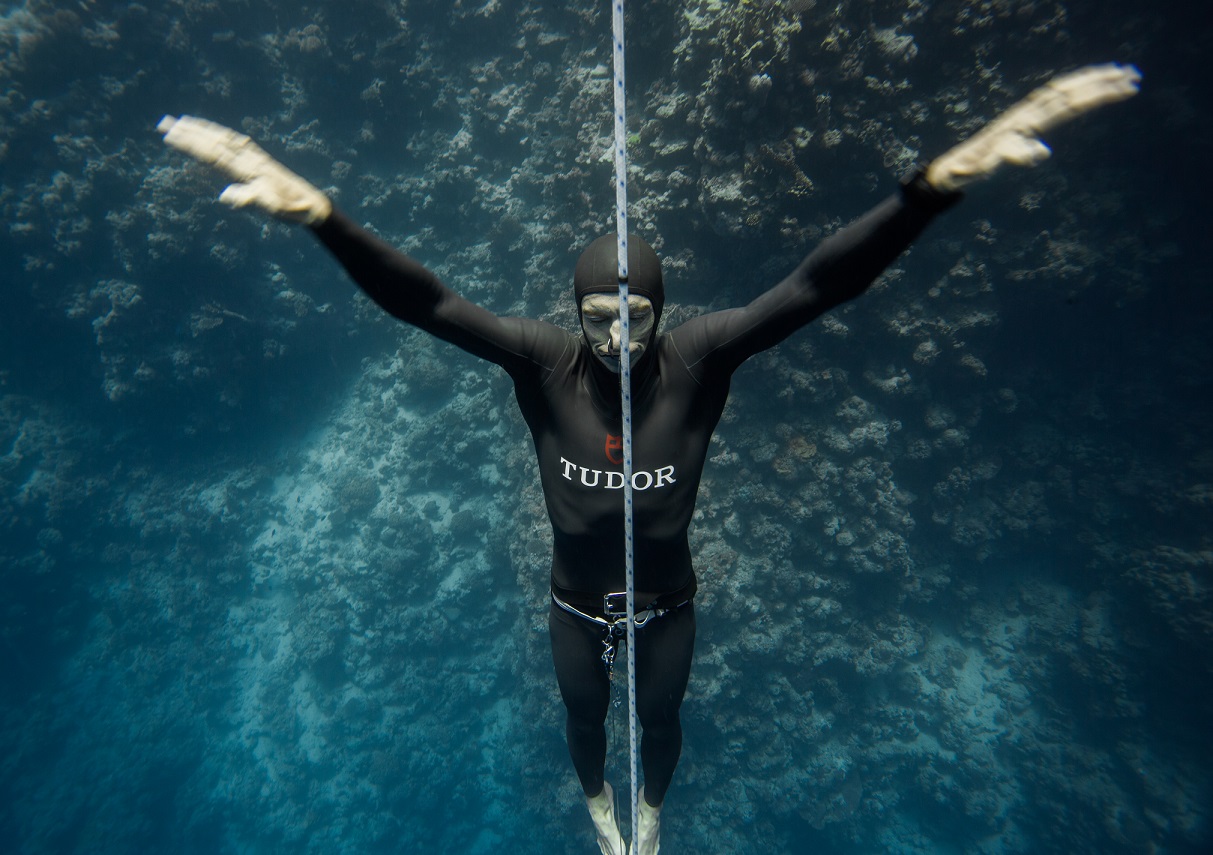 Today, Morgan Bourc’his perfectly embodies TUDOR’s pioneering spirit, having achieved a number of impressive accolades over the years, turning his love of swimming from an early age into a vocation. Achieving world-champion status twice, Bourc’his has reached record-beating depths of 91 meters without fins assistance. In ‘The Quest for Nature’ he channels his athletic accomplishments, reinventing himself as an observer of the natural world and documentary maker in one of the most hostile environments imaginable for a diver, in contact with some of the biggest creatures on the planet.

The documentary is lead by underwater chief operator and director Jean-Charles Granjon, who travels alongside Bourc’his to northern Norway on a quest to reconnect with the wild. During the journey Bourc’his trades his life in the ‘ordinary world’ and adapts to the hostile environment of the bitterly cold and dark winter seas, in order to locate some of the ocean’s most powerful creatures. 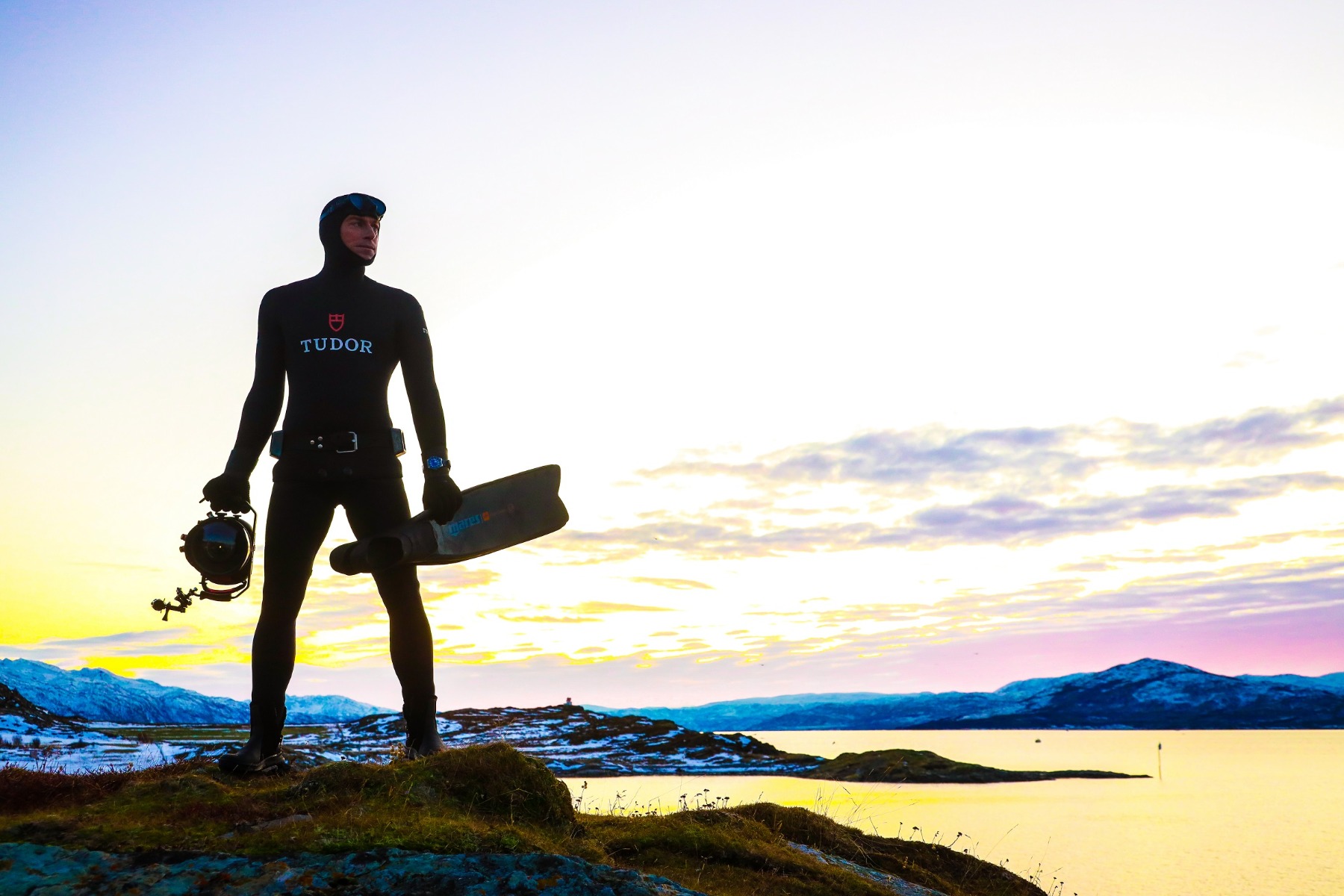 Reflecting on his personal experience during the project Morgan Bourc’his describes how he stepped outside of his comfort zone. “Before I began this project, I had no experience of lengthy filming schedules. I only knew about reports and adverts. But the subject matter was one I felt very sure about. Setting off for a month to explore our relationship with untouched nature alongside the great whales of northern Europe, understanding the relationship the people of that region have with them, their stories and representations, was something I was immediately attracted to. The weeks of location scouting and the week of filming were an ambitious and fascinating challenge. Aside from my current status as a free-diver and world-class competitor, to me the sea is a fascinating environment that I spend time with every day. To me, its presence is vital and immersing myself in it is a necessity. I have never had the opportunity to spend time with the great marine creatures that populate our planet; they are here, but they hide far out at sea, and they are no longer as abundant as they once were. I want to meet them. In Norway, in the fjords of the North, they are part of the daily lives of coastal communities. 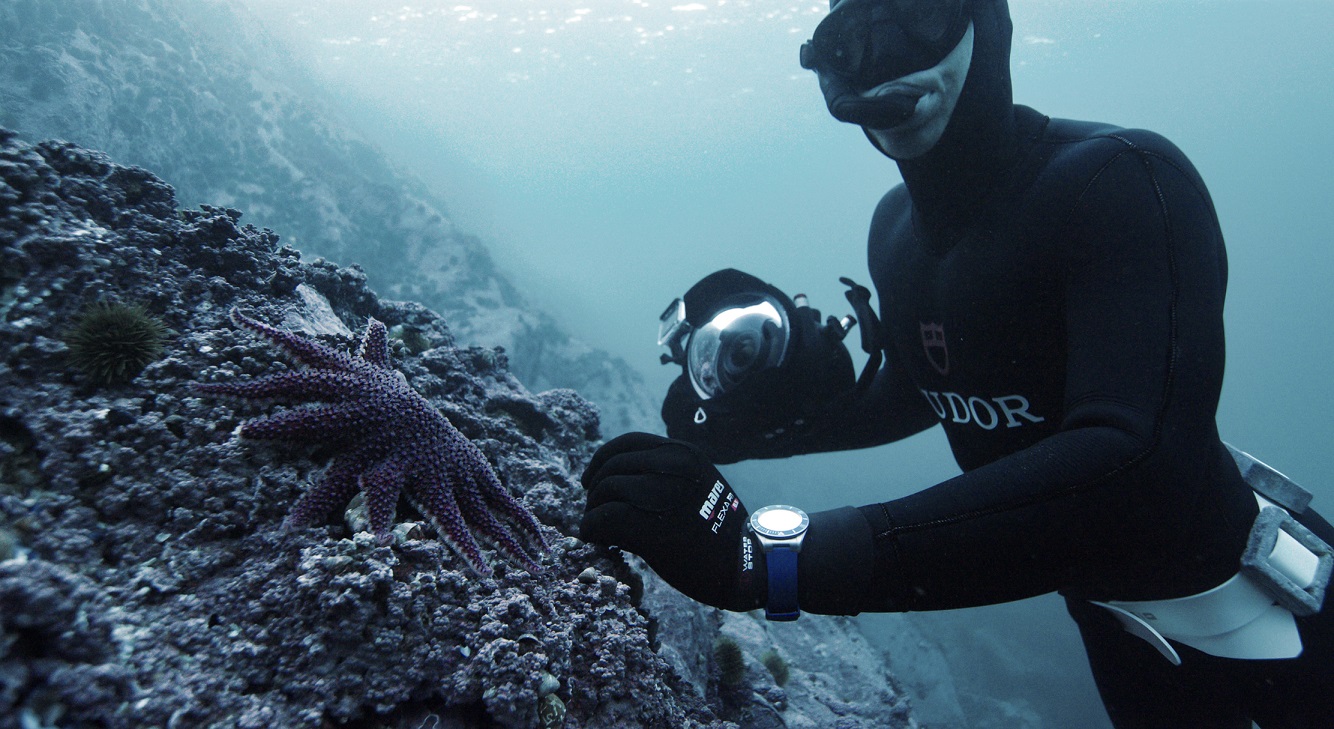 Spending time in a remote environment, yet one that offers all modern comforts, nevertheless forced us to examine our relationship with time and human civilisation. We were in a land of Western culture, yet in some very remote locations. Every logistical element of life there had to be planned in advance, be it supplies, transport, or energy. But none of that was difficult. There’s just a slightly different relationship with time.

The ultra-urban environment in which I live is more disconnected from the environment, and it’s more tamed and organised where we are. It’s no longer truly wild or free. In short, to me, The Quest for Nature is a human and technical adventure in collaboration with nature.” 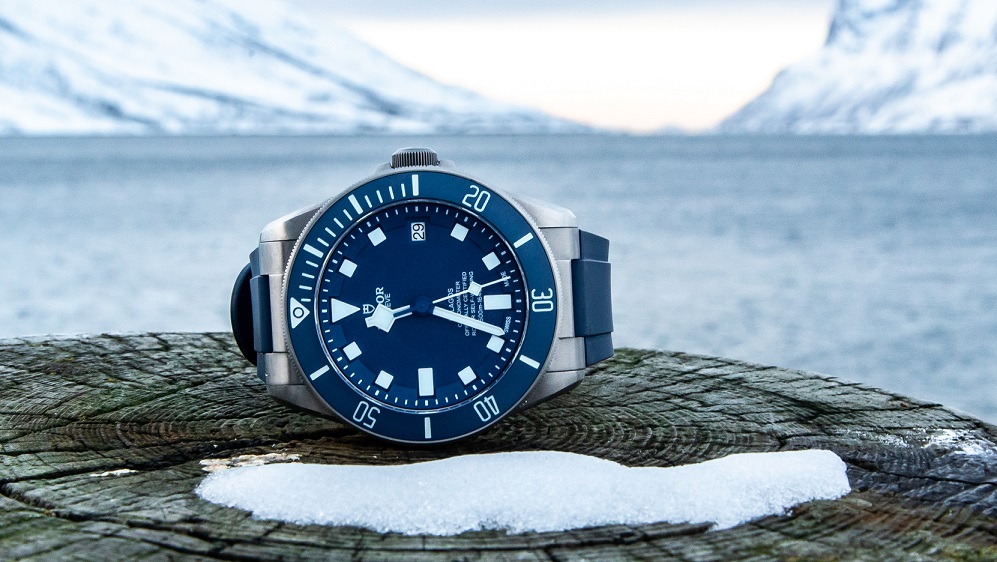 Throughout his journey Morgan Bourc’his wore one of TUDOR’s many award-winning timepieces, the TUDOR Pelagos Blue, the ultimate example of a tool watch and symbol of adventure. Waterproof to 500m, the Pelagos is fitted with TUDOR Manufacture calibre, and considered one of the most traditional mechanical divers' watches available today.

The TUDOR Pelagos features a steel folding clasp with a unique auto-adjustable spring mechanism developed and patented by TUDOR. This technical system allows the bracelet to be adjusted during the dive, whilst the striking ‘Snowflake’ hands allow the wearer to distinguish it from the minute hand, at a glance. These are just two of the many extraordinary features that made this watch the perfect choice to endure even the most unforgiving diving conditions, experienced by Bourc’his in the northern seas. 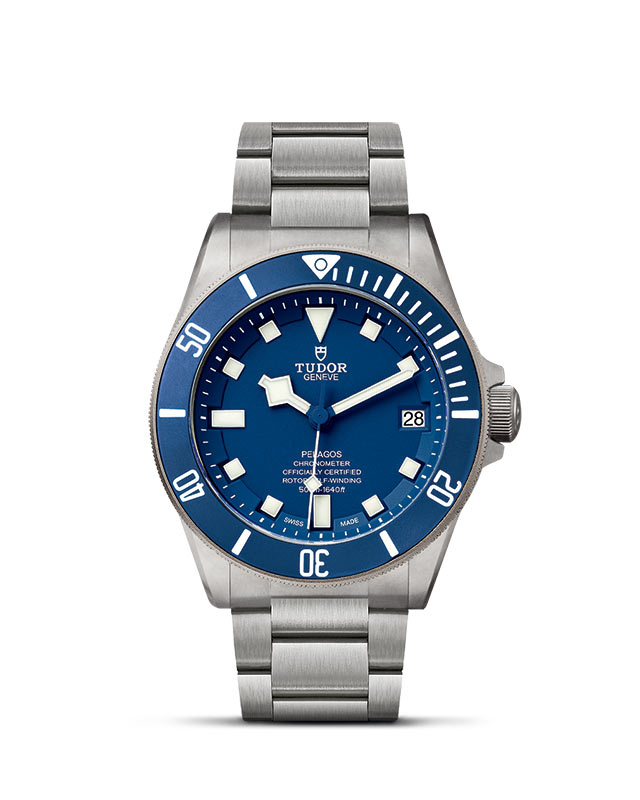 If you’re interested in registering your interest in the TUDOR Pelagos collection, you can get in touch with us by sending an email to [email protected], or alternatively you can call us in store on 01403 264001 to speak to a member of the team directly, we will be more than happy to provide further information on any watch of interest. To view our entire collection of timepieces, visit our website and explore the full range of extraordinary TUDOR watches that we have to offer at Wakefields.