Along with slightly darker mornings and turning autumn leaves, September brings along with it a new birthstone to celebrate, Sapphire.

If you were born in September it’s likely you’ve been gifted, or treated yourself to a piece of sapphire jewellery to celebrate your special day - but how much do you really know about the September gemstone? We’ve compiled 15 interesting facts so that you can learn more about the striking precious stone. 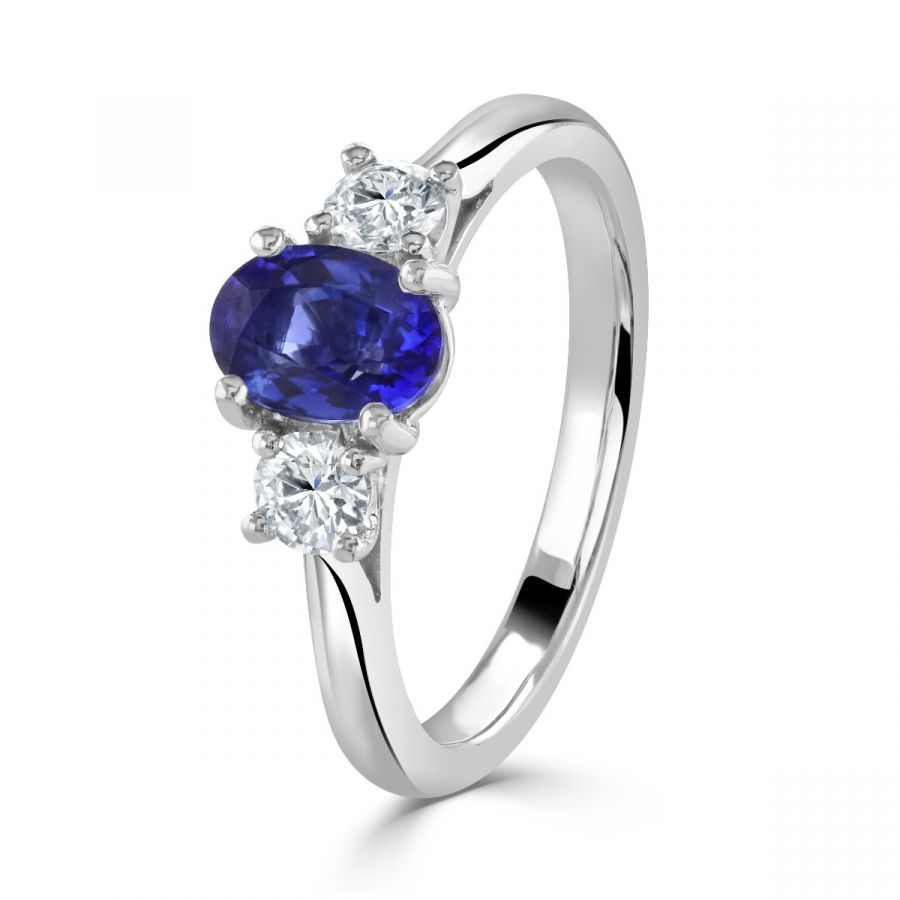 Popular in ancient Rome, ancient Persia and throughout the Middle Ages, Sapphires have been highly desirable ever since they were first discovered thousands of years ago. 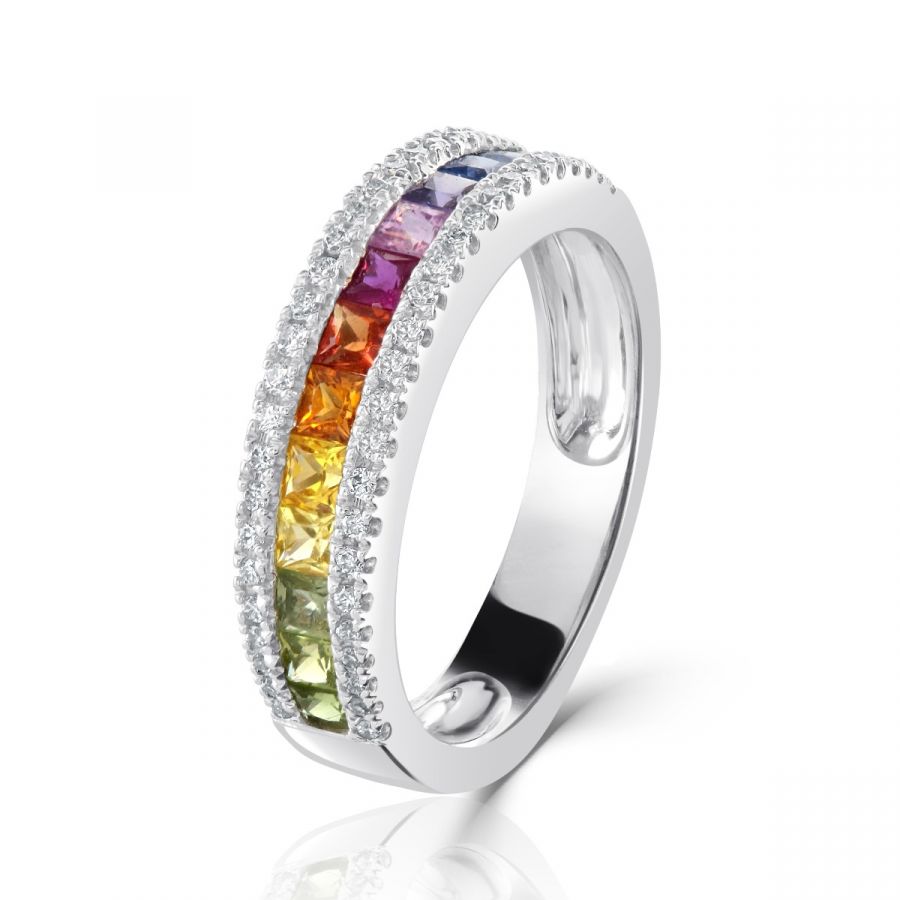 Though you may associate sapphires with a rich, deep blue shade, the gemstones are actually found in a variety of beautiful colours. From pinks and oranges to yellow, green and purple, there are plenty of different hues to choose from. However red sapphires are better known as rubies, since both gemstones are varieties of corundum). 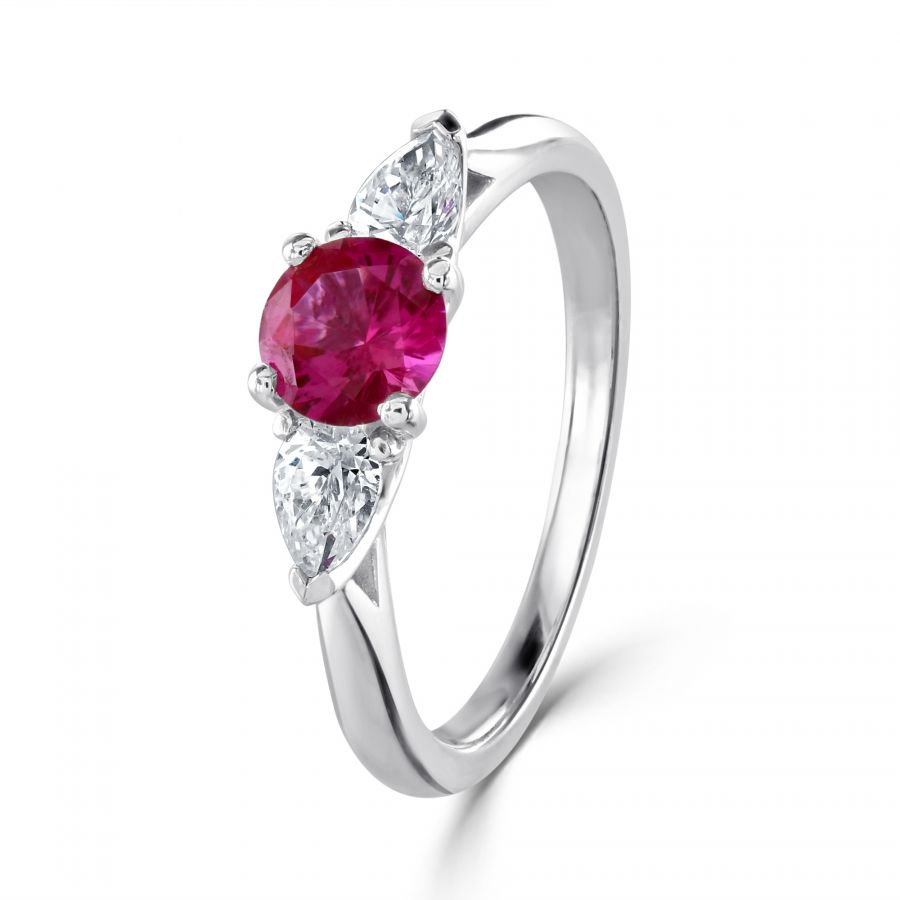 The colour of a sapphire is dictated by the trace elements inside the gemstone. Blue sapphires will contain iron and titanium, whilst chromium creates the pink-red hue synonymous with rubies. 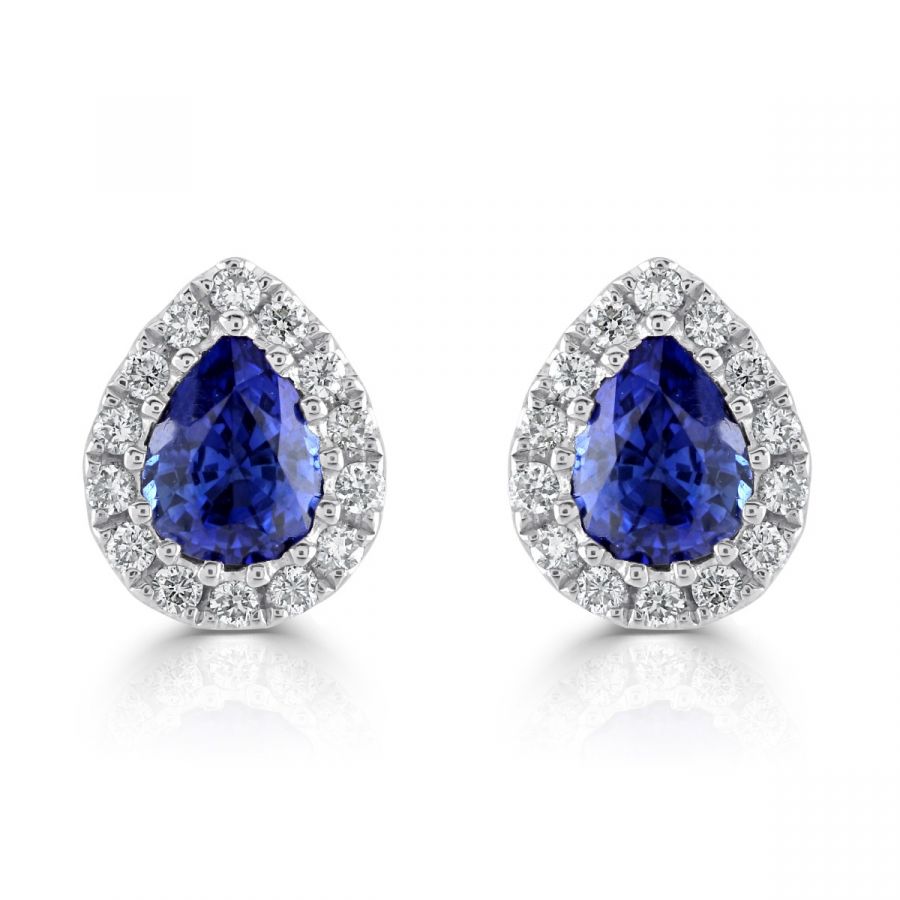 Deriving from the Sinhalese word for lotus flower, ‘Padparadscha’, is the name given to the rare type of sapphires which are a pink-orange variety traditionally found in Sri Lanka.

‘Sapphirus’ and ‘Sappheiros’ are the Latin and Greek words for blue, from which the word sapphire originates. 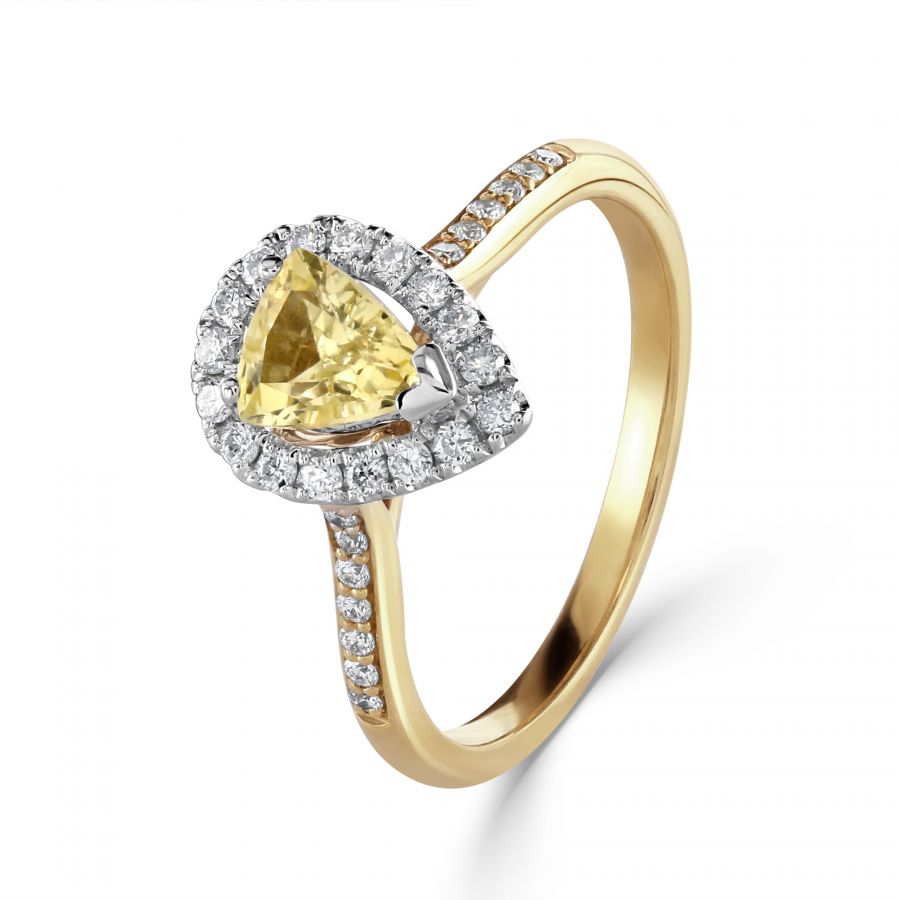 Ranking at a 9 out of 10 on the Mohs Scale of Hardness, sapphires are the most durable naturally occurring gemstones, second only to diamonds. Their durability makes them the perfect choice for engagement rings or fine jewellery designed to be worn everyday. 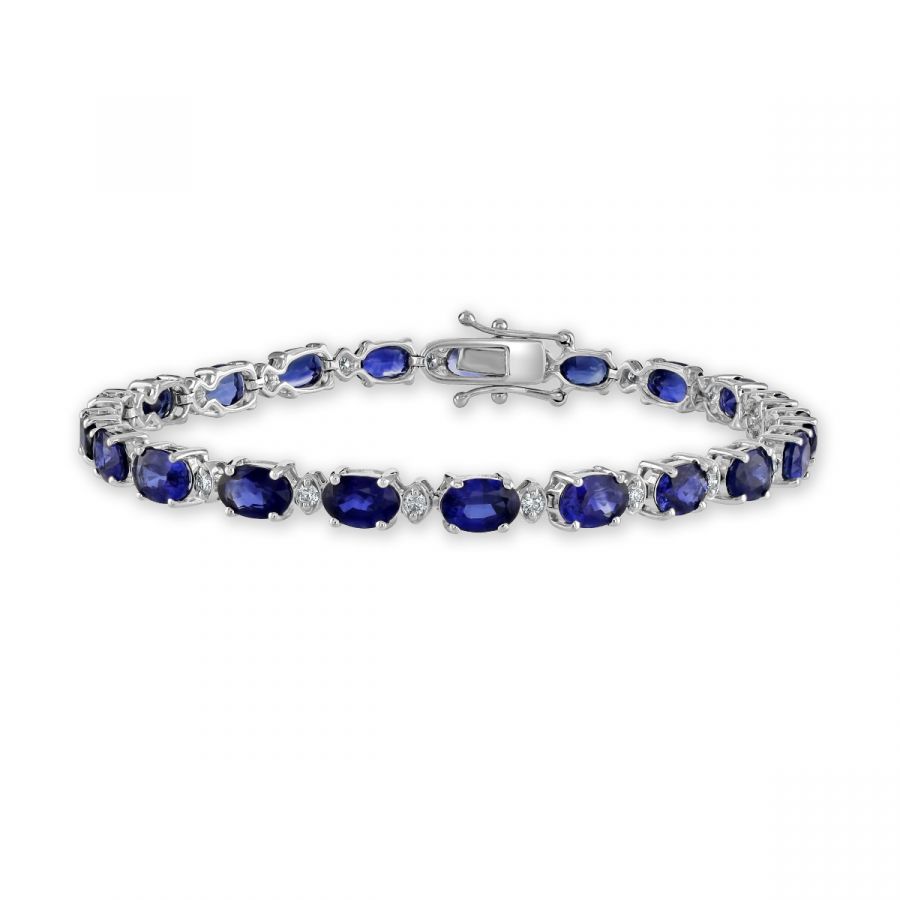 Because of its durability, sapphire is perfect for industrial uses. For example many Swiss watch companies purposefully choose to use sapphire crystal glass due to its scratch-resistant properties. 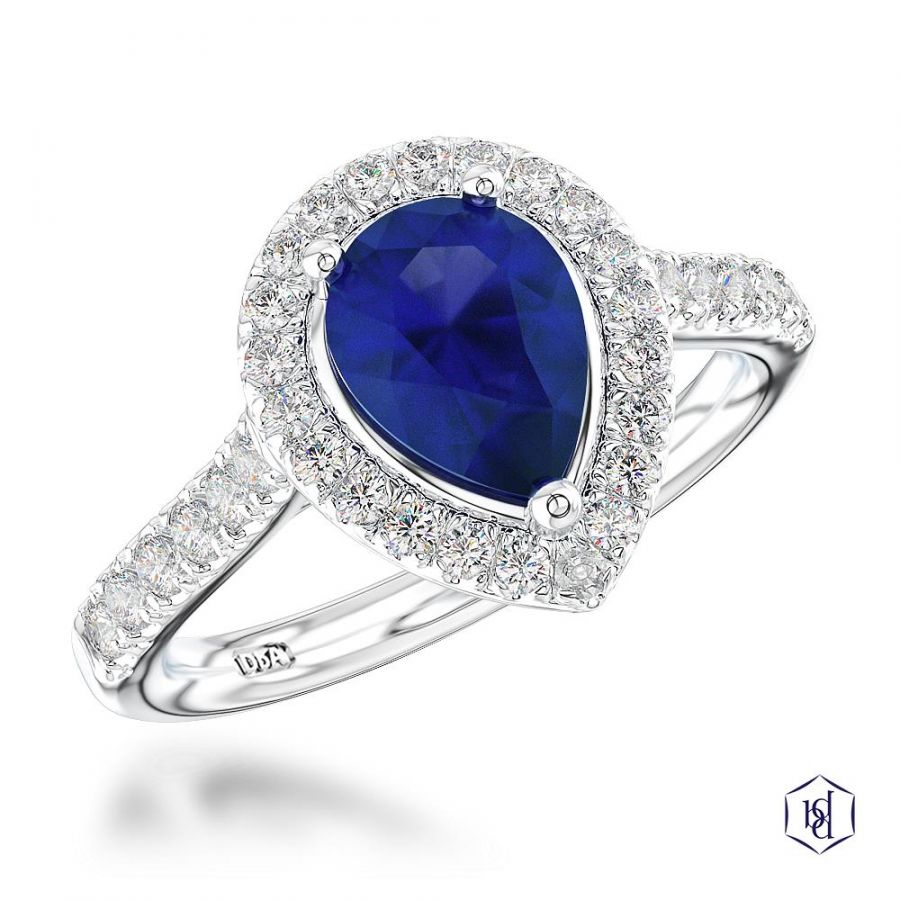 Sapphires have been discovered in many locations around the world, including Australia, Tanzania, Thailand, Cambodia, Malawi, Madagascar, Sri Lanka and more. 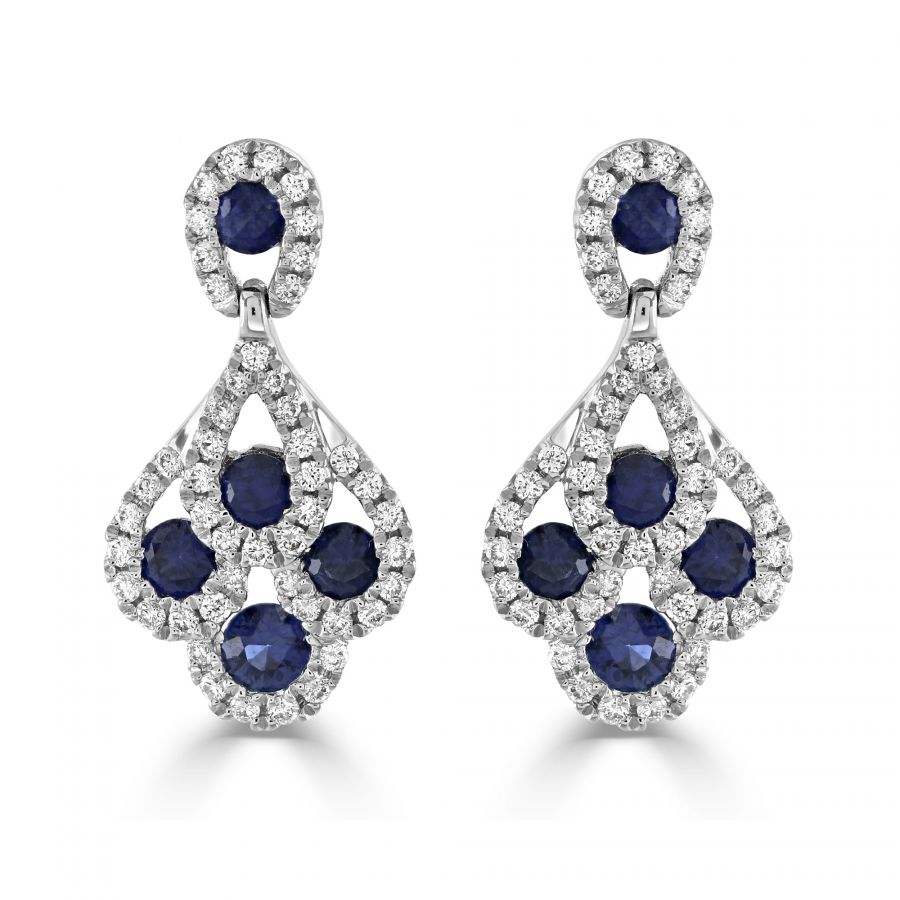 Because sapphires were discovered so many years ago, they are steeped in a myriad of superstitions, symbols and beliefs surrounding them. Often associated with heavenly powers, truth, innocence and good health, sapphires were even worn in ancient times to ward off evil spirits. In the Middle Ages, Europeans believed that the gemstones cured disease, as well as providing other heavenly blessings. 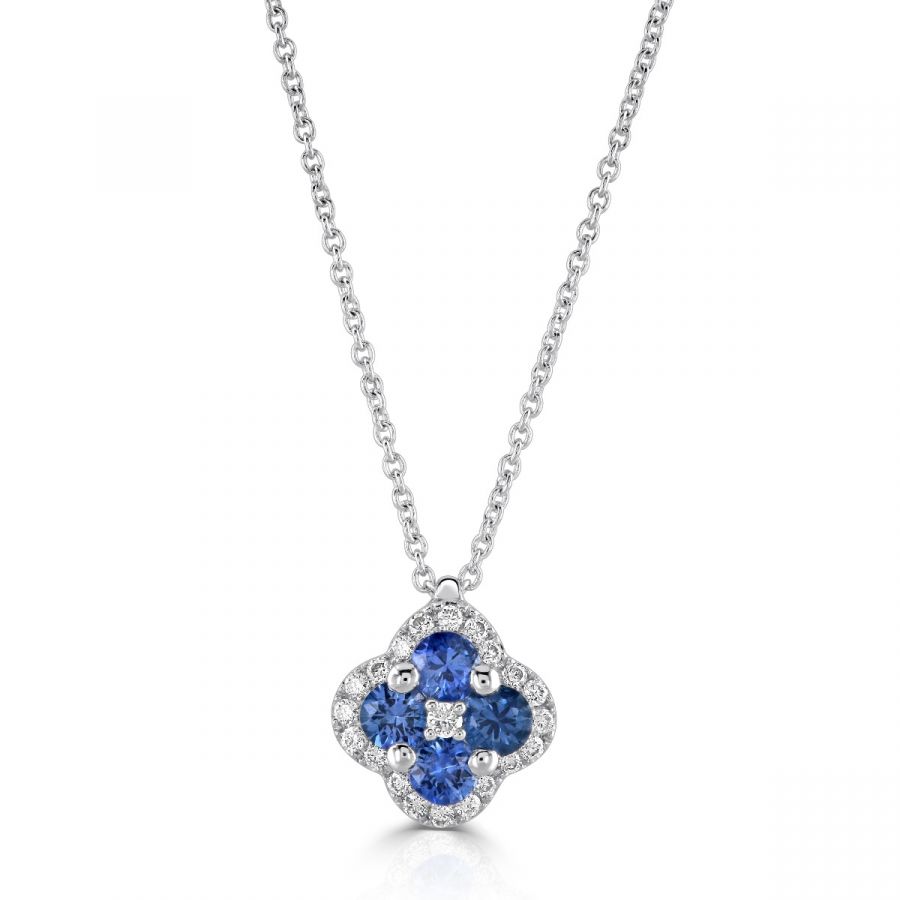 Medieval kings would often sport sapphires, who believed that the gemstones had a protective quality. It’s assumed that this likely contributed to the naming of the colour ‘royal blue.’ 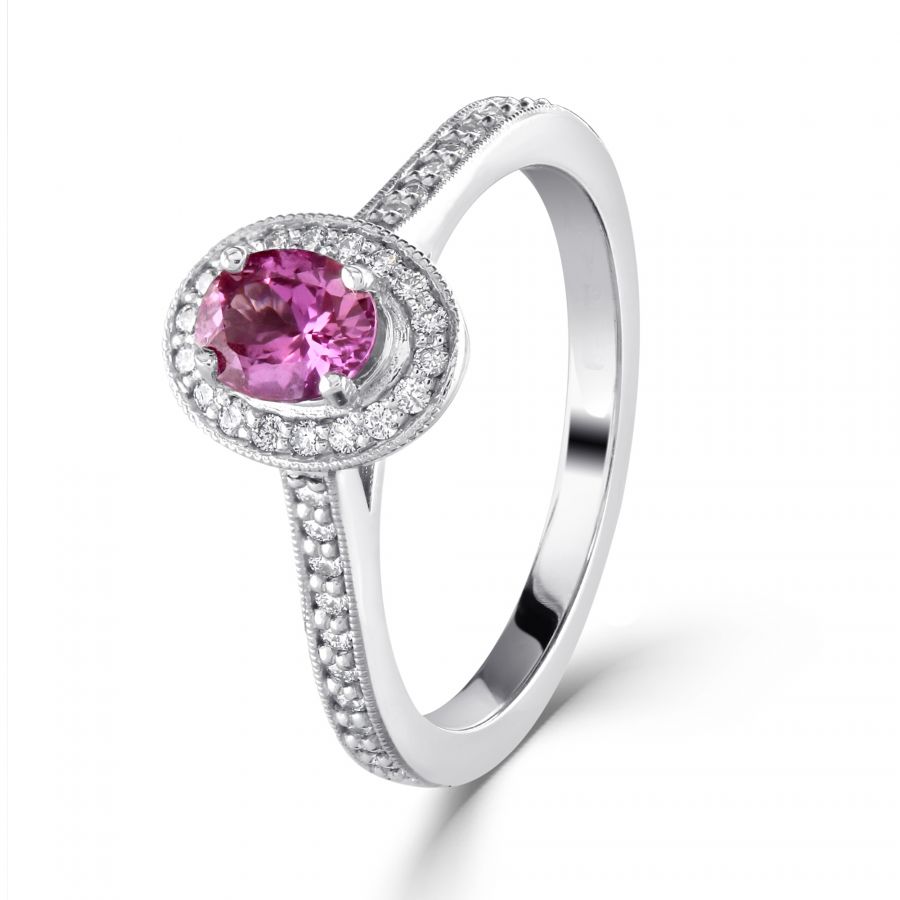 French Emperor Napoleon Bonaparte presented his wife Josephine with a striking two stone, pear-cut sapphire and diamond engagement ring in 1796. Years later in 2013, the ring was sold at auction for nearly 1 million dollars. 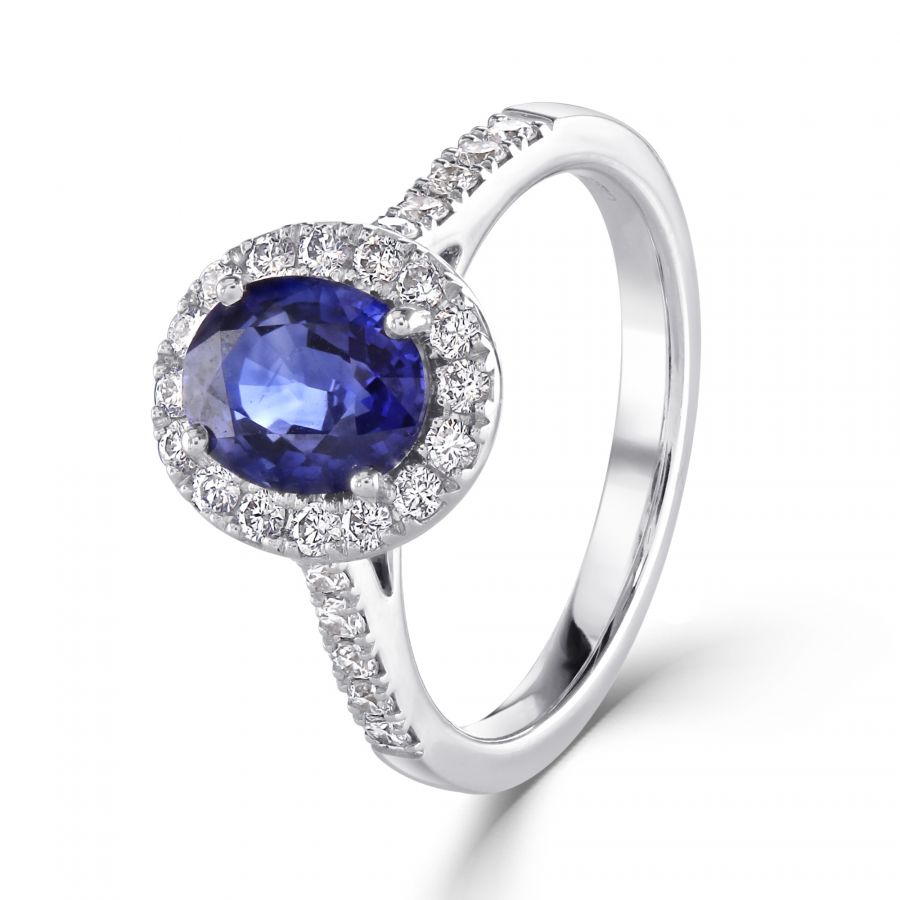 In modern times the most famous royal sapphire today is set within what was originally Lady Diana Spencer’s engagement ring in 1981. Featuring a 12 carat oval-cut blue sapphire surrounded by a cluster of diamonds, her son Prince William, later proposed to his wife, Kate Middleton, with the very same ring. Both times the ring made national headlines sparking, huge interest in sapphire engagement rings. 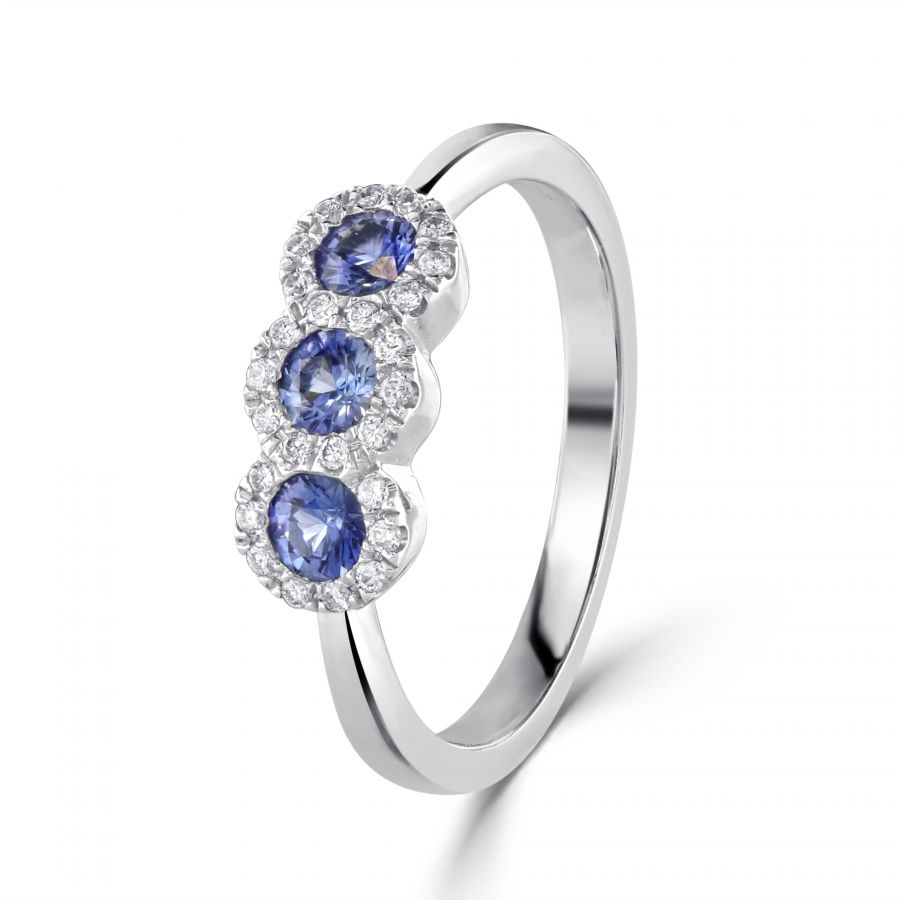 Sapphires might have been popularised by royals but have actually been incredibly popular during many different periods in history. In particular, Victorian engagement rings often featured a sapphire gemstone surrounded by a cluster of smaller diamonds creating an elegant, floral design. 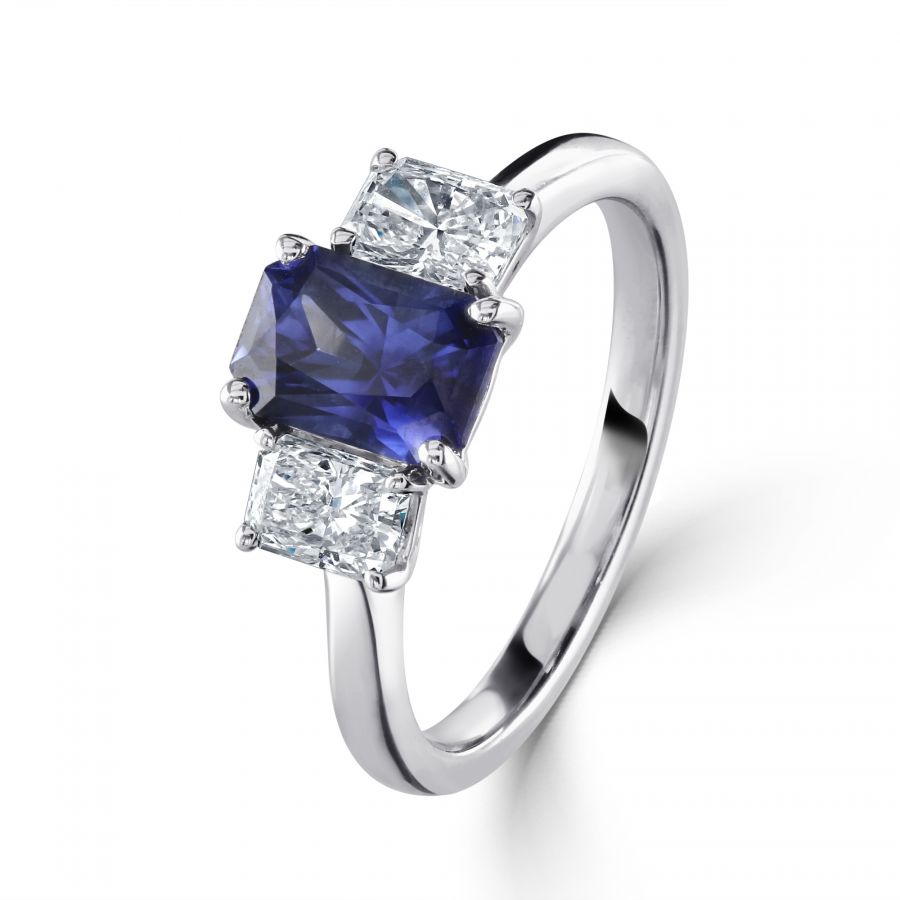 Some sapphires display a star-shaped pattern of rays on the surface of the stone. Cut and polished into a dome-like cabochon, they are aptly referred to as ‘star sapphires’. These sapphires occur when inclusions in the stone create a star pattern, and whilst in other stones like diamonds inclusions are not desirable, this effect in sapphires is very striking and unique. 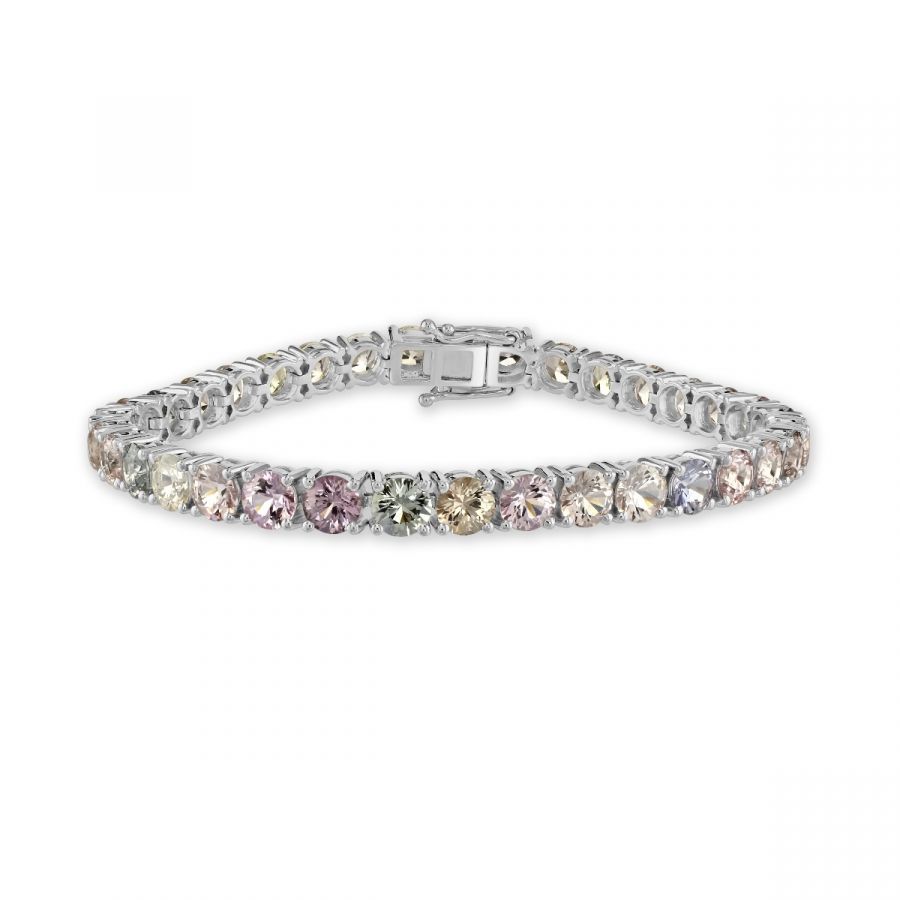 Arguably one of the most striking types of sapphires is the ‘colour change’ variety. These sapphires display different colours depending on the light they’re viewed in, shifting from deep blue to exquisite purple tones. 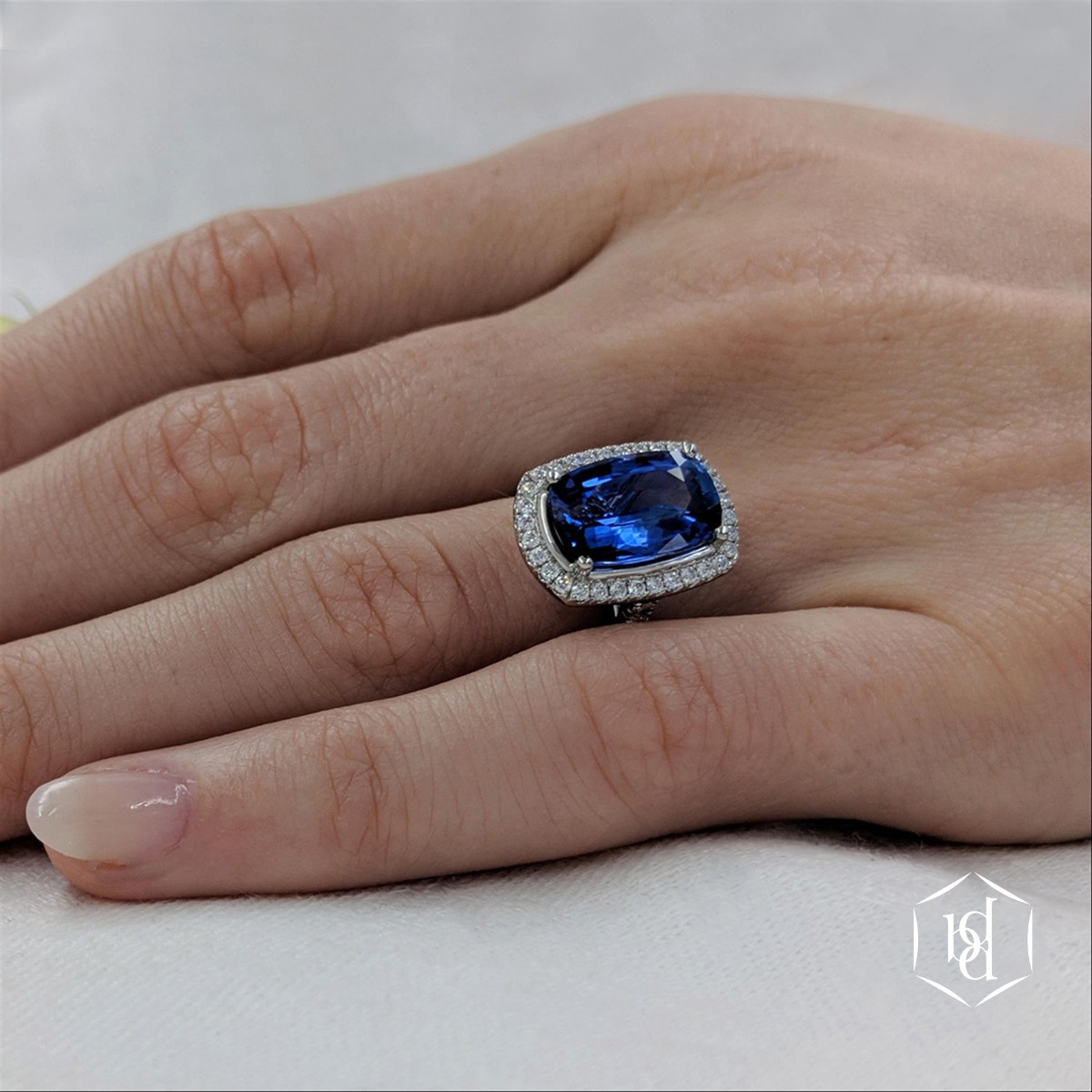 If you’re interested in finding the perfect piece of sapphire jewellery to add to your collection, you can visit us in store at Wakefields and discover our wide variety of coloured gemstone jewellery designs. Or alternatively you can browse our selected collections online.

For further information about any of the jewellery featured in this post, or to learn more about our bespoke design services, you can speak to a member of our team on 01403 264001 during our opening hours, or send an enquiry to [email protected]

GEMSTONE FOCUS: A GUIDE TO PINK GEMSTONES & OUR FAVOURITE WAYS TO WEAR THEM

Whilst for many, the colour Pink remains a hue that’s kept under lock and key, a nostalgic reminder of childhood ...
Read the story

GEMSTONE FOCUS: A GUIDE TO BLACK GEMSTONES & OUR FAVOURITE WAYS TO WEAR THEM

Mysterious, classic and chic, whether you consider Black a colour or not, it’s undeniably a staple shade that creates ...
Read the story

GEMSTONE FOCUS: A GUIDE TO ORANGE GEMSTONES IN JEWELLERY

Bright, energetic and bursting full of life, the colour Orange is definitely not a shade for the fainthearted. Yet the ...
Read the story

If you’re looking for a romantic alternative to diamonds, look no further than the alluring Morganite. The precious ...
Read the story

Another month has come and gone, and we’re about to transition into the height of summer in August. Those of you who ...
Read the story

GEMSTONE FOCUS: EVERYTHING YOU NEED TO KNOW ABOUT SEPTEMBER’S BIRTHSTONE SAPPHIRE

Much revered throughout history, with an array of rich and vibrant mythological stories and ...
Read the story

A gemstone unfamiliar to many, Moonstone is an exquisite and alluring stone nonetheless, despite being a more untraditional choice within modern jewellery.
Read the story